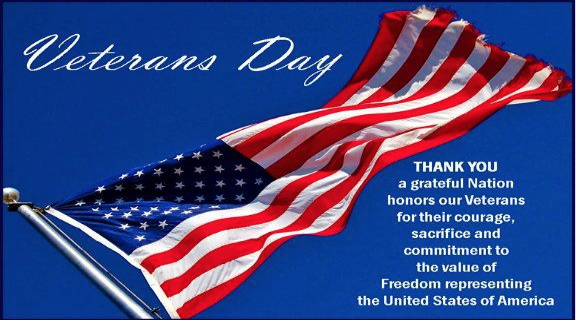 THANK YOU, VETERANS, FOR YOUR SERVICE

On this VETERANS DAY 2017, we at NiaImani CHOICES, a nonprofit organization founded by a military veteran, it is our pleasure to say thank you to all our veterans along with a hearty thank you to families across America who supported all our men and women during a time of honorable military service.

Veteran’s Day was created on November 11, 1919 following World War I and originally called Armistice Day; and observed on the 11th day of the 11th month to recognize a time in American History when prayers were offered calling for no more wars.  Later, the United States Congress passed a resolution in 1926 calling for an annual observance, and it became a national holiday on November 11, 1938.

Nonetheless, since the end of World War I, we as a nation have continued to experience wars and conflicts world-wide, however, due to the heroes who fought — and continue to fight — for our freedom, the United States of American continues to be the greatest nation on earth and a shining example of freedom for others around the world.

For these reasons and countless others, we at NiaImani CHOICES say THANK YOU VETERANS for your service and THANK YOU for a job well done.