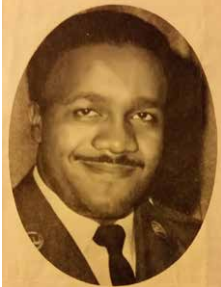 The Charles H. Watlington, Sr. Scholarship Fund encourages, promotes and supports high school seniors who wish to pursue higher education in the field of STEM (science, technology, engineering and math) or the health care profession. The scholarship is named for Ms. Watson’s father, who believed that education was the gateway to success in life.

From the age of five (5) years old, Charles was interested in learning. Instead of wanting toys, he always wanted pencils and paper or books to read. Unlike most children of his age, he did not want to print, he always wanted to do cursive writing. He started school when he was six (6) years old. The teachers said that he was too advanced for 1st grade, so he was promoted to the second grade. Charles graduated from high school at the age of seventeen as valedictorian of his class. On his 18th birthday, he enlisted in the US Air Force, where he continued his education and received his B.S. degree. After his 20 year military service career, he continued his education to pursue his master’s degree.

Scholarship awards will be made annually each summer and range in the amounts from $1,000- $2,500. Awardees are selected based on five categories — academic standing, integrity and character, community involvement, school activities and need. www.niaimanichoices.org