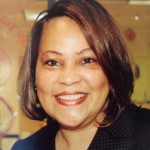 Sharon Jenkins Banks is a retired Executive with over 37 years of Federal Service.

She retired from the General Services Administration (GSA) in 2011, from her position of Deputy Chief People Officer and Director of the Office of Human Capital Management.

She also served as Acting Regional Administrator for one of GSA’s largest Regions, the National Capital Region (NCR) where she was responsible for over 93 million square feet of leased and owned space in the metropolitan area as well as a comprehensive end-to-end telecommunications service that supported over 90 Federal agencies with more than 750,000 customers   During her tenure, she oversaw implementation of the largest amount of American Recovery and Reinvestment Act funded construction projects for the NCR. She led the Agency during the Presidential transition and inauguration of President Barack Obama in 2008. She has received numerous awards for her outstanding accomplishments and leadership.

Since her retirement, she has spent her time as a coach with a nonprofit organization that promote healthy families and as an independent consultant performing executive coaching, resume and executive core qualification (ECQ) writing and coaching. Additionally, she is sought after to conduct and facilitate strategic discussions with leaders of government organizations and nonprofits in Prince George’s County. She also provide training to government executives on various leadership competencies and strategic planning. She is active in her church and is inspired to work with children and educating families on seeking better lives. She is motivated by her family values coming from a large family and is the mother of 4 grown kids and grandmother to 15.

She is a native of North Carolina and holds a Bachelor of Science degree in Organizational Management from Columbia Union College and is a Harvard University Senior Executive Service Fellow.