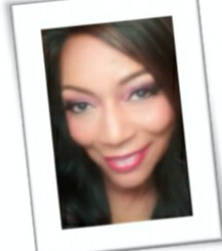 International Best-Selling Author/Producer, Executive Managing Partner for Big City Foods LLC, and Executive VP of the Carolina Kitchen, Certified Health Communicator, Dawn Nicole Moss was born in Camden NJ and is the former “Miss Black USA 1996”. Dawn earned a full basketball scholarship to Morgan State University in 1988. While still attending college, she founded her own mini-market and became a legitimate inner-city entrepreneur. in 1992, she later served as producer of the CNN 1010 program “Going Global” while working as an apprentice for the United National Africa Projects Internship program which was directed under the late social activists and humanitarian Ms. Yahney Sangamon who was a journalist from Liberia.

Her knack for writing., and producing landed her a key spot to serve as one of the first Americans to join John’s Hopkins University certified health communications through the Enter-Education program. This program certifies women and health communicators from all over the world to help use entertainment, creative, visual and performing arts to bring about social change.

This multifaceted vocalist, model, actress, motivational speaker, author, and humanitarian activists will continue to use her education and life experiences to impact the lives of Girls and Women in wellness globally.